I finally got one of my most precious childhood memories, The Recreated ZX Spectrum – a ZX Spectrum keyboard in the same shape, size, look and feel of the 80’s Sinclair ZX Spectrum (16K or 48K). My first program was developed in BASIC on one of this machines, and because of that event I decided (very soon) to become an IT professional. Thank you Sir Clive Sinclair!

The Recreated ZX Spectrum product page is here. You’ll probably won’t be able to buy the product through it’s website anymore due to a dispute between Elite and Ceratech Accuratus (read the press release here).

I suppose that due to the dispute they are not being manufactured anymore, so if you really want one, get it soon on Amazon UK.

Here are a few pictures of the Recreated ZX Spectrum unboxing: 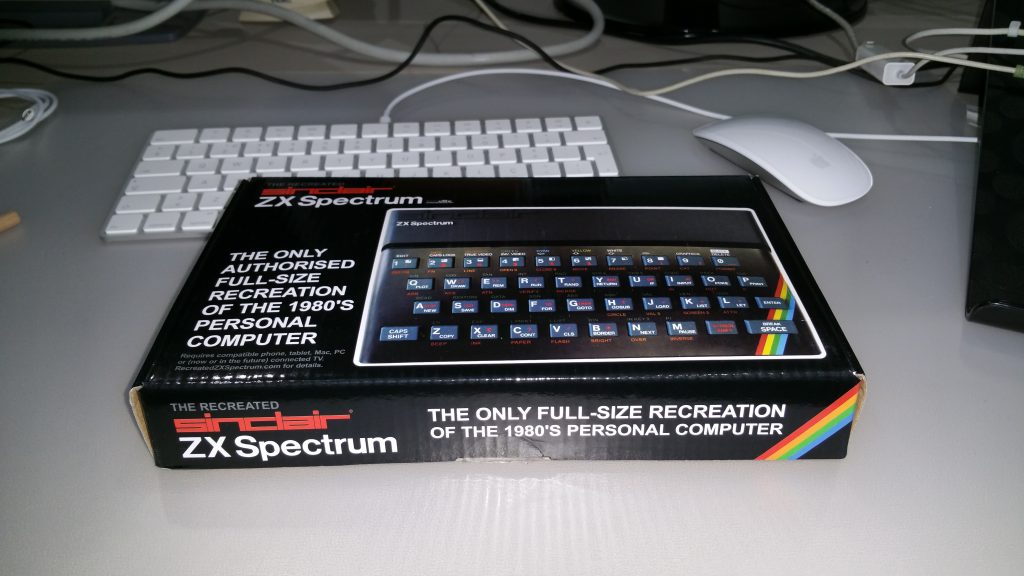 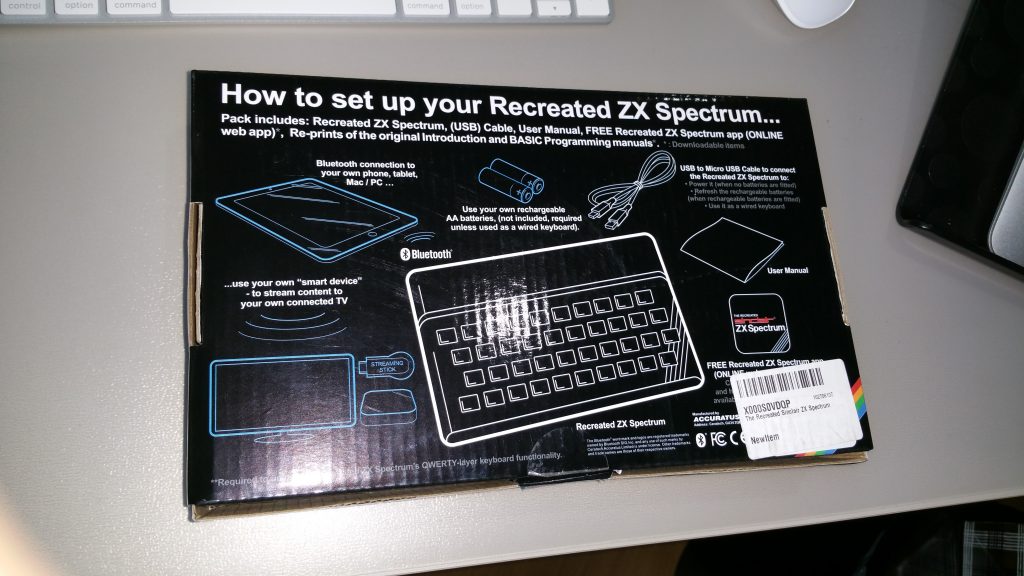 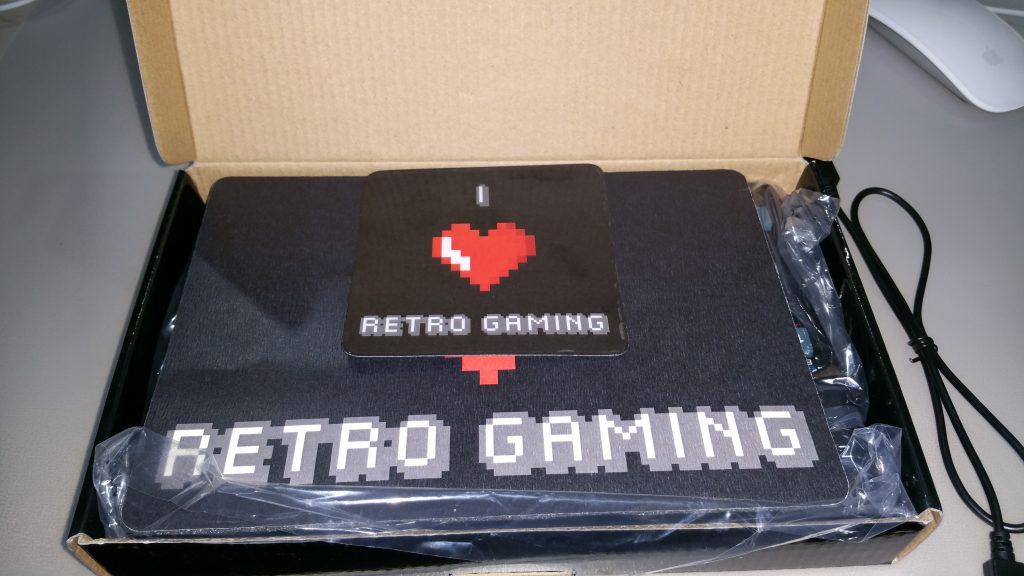 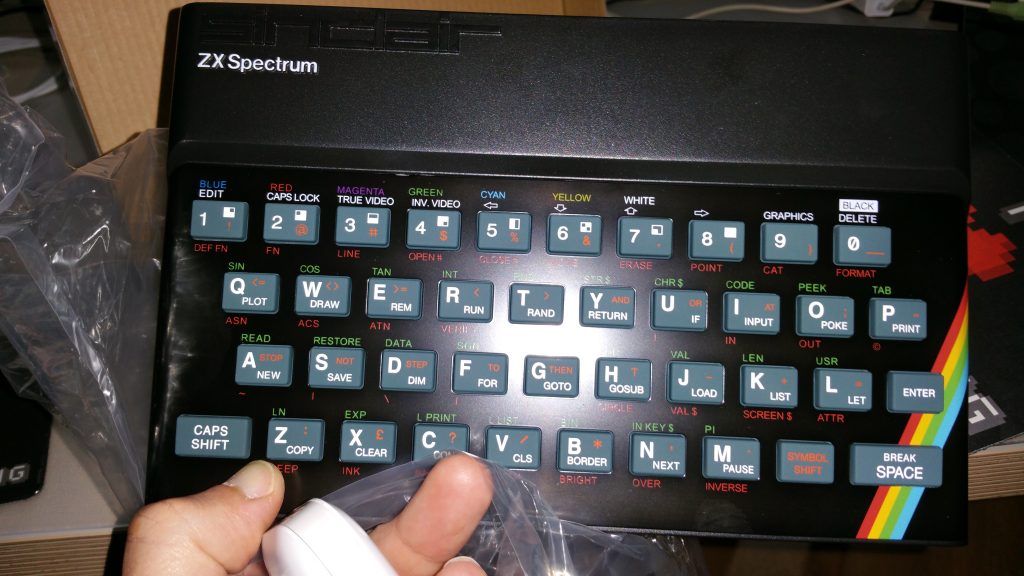 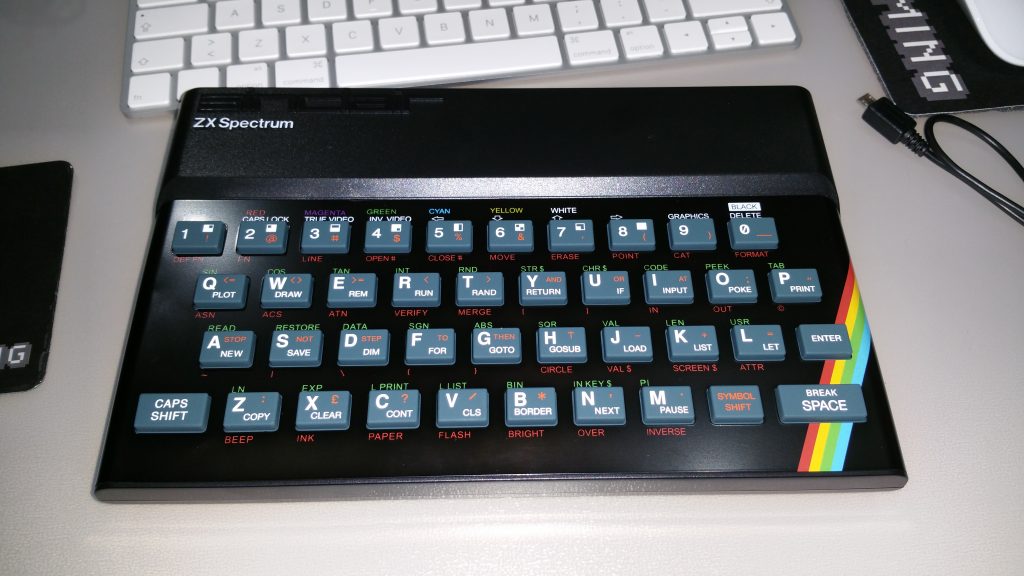 It is exactly like the original 48K, only the interface inputs and outputs are different (no RS232 interfaces or coaxial TV Connector, no ZX Spectrum original interfaces at all…), and – off course – it is a bluetooth and USB Keyboard, no Microcomputer / ULA inside.

It comes with a “Retro Gamming” mouse pad and a cup pad, and an USB cable. For bluetooth connection you’ll need two AA batteries to power the device. 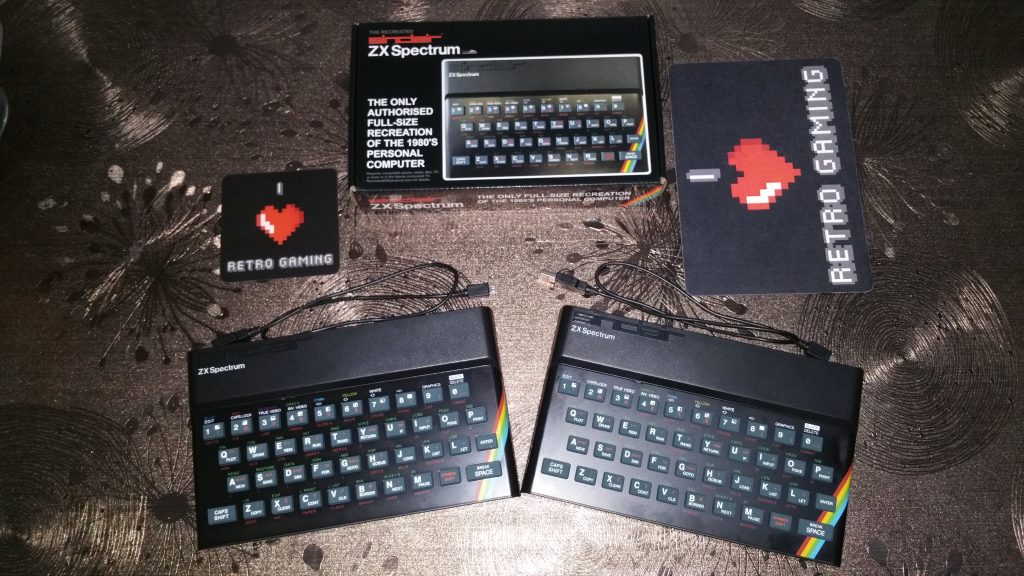 Here are a few screenshots of my Macbook Air transformed into a ZX Spectrum (Sinclair Welcome Screen and Renegade High Score): 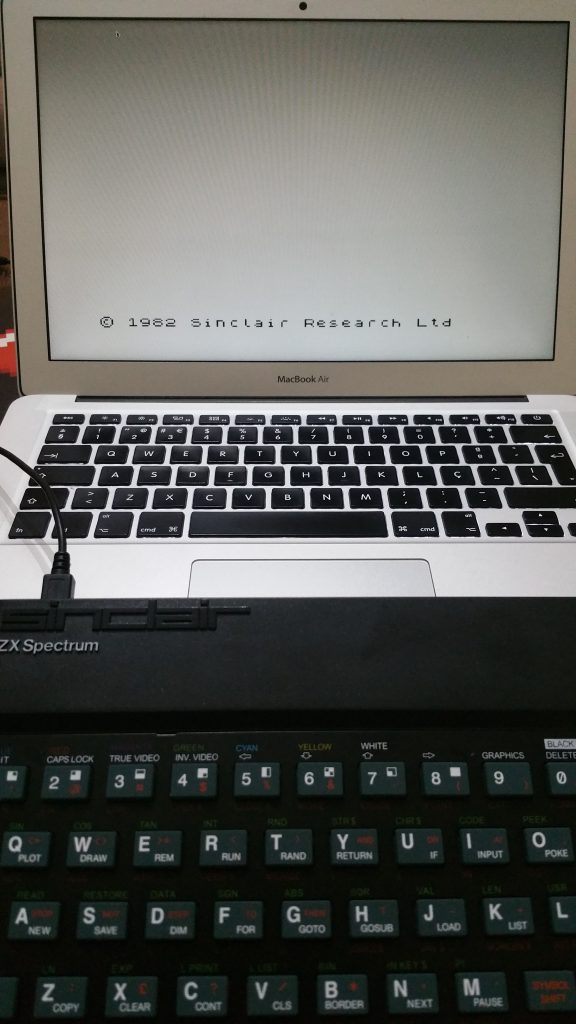 Now, some screenshots of the “Recreated ZX Spectrum” App running on an Android Tablet and an iPAD mini (didn’t work on this last one with the bluetooth keyboard). 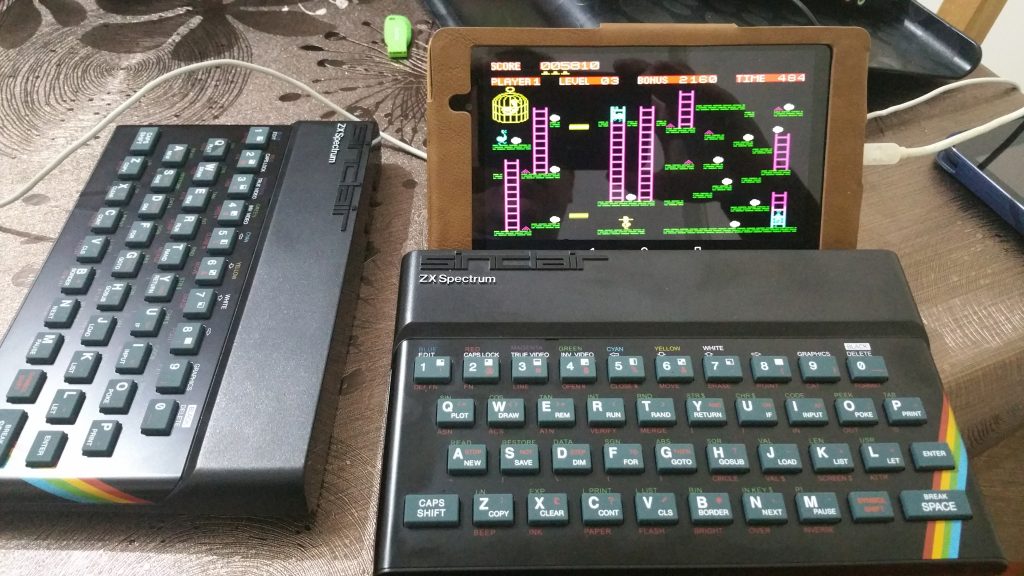 Related to the keyboard faceplate problem, there are a few online shops (RetroRadionics and ZX Renew) and eBay Sellers that sell ZX Spectrum faceplates for the original ZX Spectrum, that (I think) will fit in this keyboard (the shape is exactly the same, it should work). I ordered one from RetroRadionics but it takes up to 60 days to arrive… I’ll be waiting – when it arrives I’ll post the final result here.

RetroRadionics sells all other ZX Spectrum parts (rubber keys mat, membrane, housing), on various colours, and it gives an option of laser-cutting the the ZX Spectrum case for ZX Spectrum clones (NUVO, Harlequin and Just Speccy) or the new ZX Spectrum Next. If you do not mind changing the original look (a “PIMP Your Speccy” kind of thing), there are now lot’s of new parts for the old 48K – refurbish it with some style!

The Recreated ZX Keyboard keyboard will be tested on a Raspberry Pi (hopefully will work better through USB), MAC OS X, iOS and Android were just used for preliminary testing .