Hi Guys,
Now for something completely different: replace a trackpad on a Asus EEEPC 1000H.

This machine as been very useful for my IT working tasks, I bought it in 2008 for less than 300€. After that I upgraded it twice (RAM from 1GB to 2GB – needs BIOS upgrade version 2204 to work with windows 7 and beyond – and switched the disk with a new SSD to improve performance).

It is a low performance machine (Intel Atom N270 32 bit), but I managed to use it as my Swiss knife tool since 2008: Word-processing, Worksheet-processing, Internet browsing, E-mail processing, Network Administration and Troubleshooting (nice to transport to Data Centres and connect it directly to a rack), Development machine (I did some Apps for Android with Eclipse and JAVA applications with NetBeans), games (MAME and ZX Spectrum emulators), and OS Deployment testing machine – I used Windows XP (the factory OS), Vista (blagh), Windows 7, Ubuntu and even Hackintosh (a version of Mac OS X to run in non-apple machines, I installed Mac OS X Snow Leopard with every piece of hardware working on this machine, worked great on a 1000H). 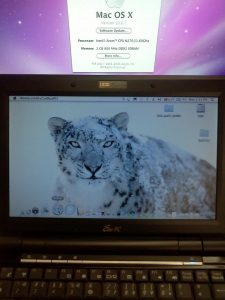 After so many work, and being a so dedicated and efficient long-time companion, I think it deserves a new trackpad, since the original is not working anymore. I also want to test Windows 10 32 bit to see how it performs on the machine, and use it a few more years.

I found a laptop refurbished parts seller at eBay – Just Laptops – that sells almost every component for laptops, and decided to give it a try.

I bought a refurbished palm rest with trackpad for EEEPC 1000H, for less than 7€ (plus shipment). The part is in very good condition, and it’s fully working. If you need Laptop parts you might want to check their site. 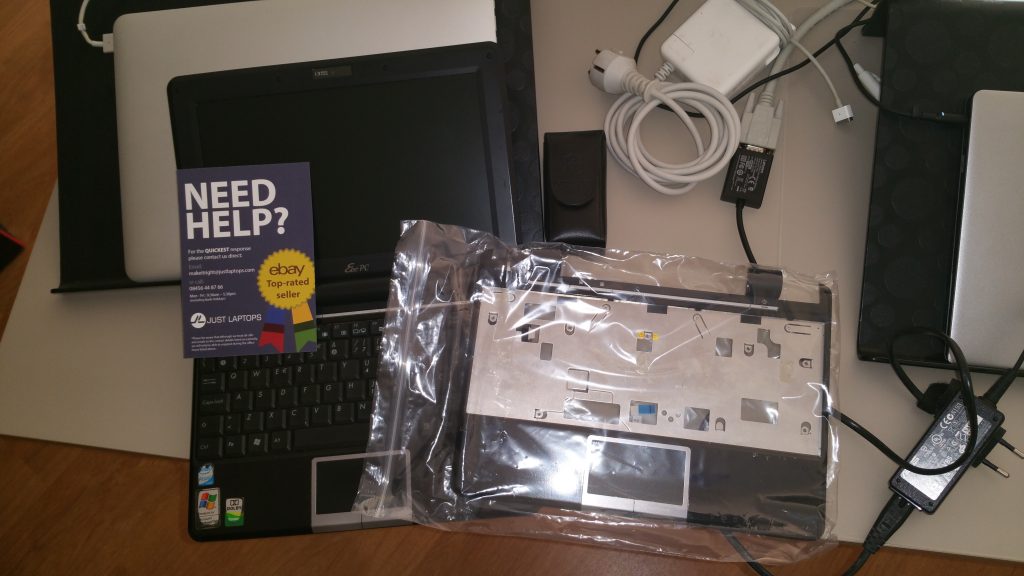 It is very simple, first you need to remove the battery. Below the battery, you’ll find 3 screws, remove them. 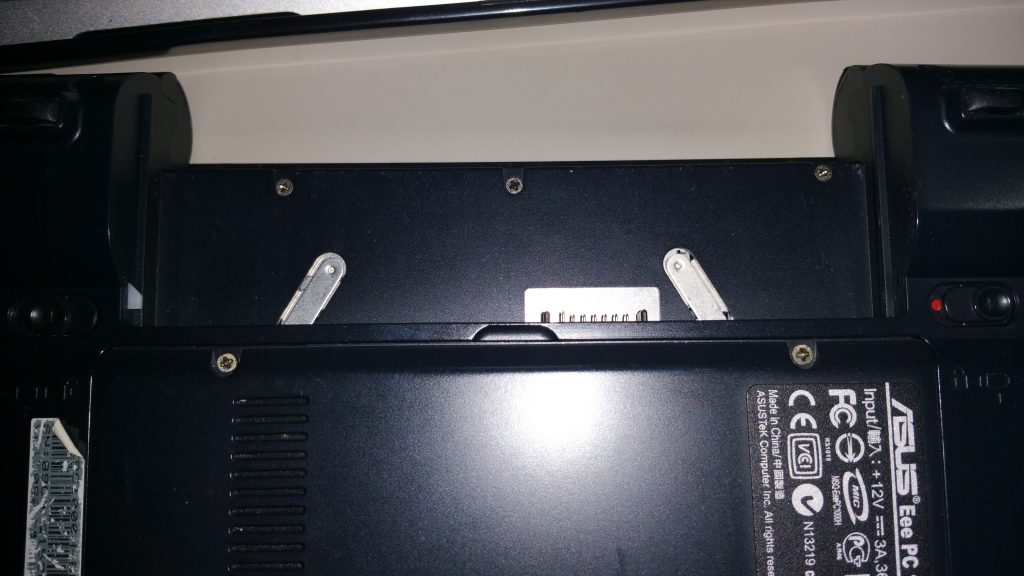 Remove all the other eight screws from the bottom. Now you need to remove the keyboard.

Basically you do it by pressing a small screw driver near F1, F6, between F10 and F11, and “Insert” keys. 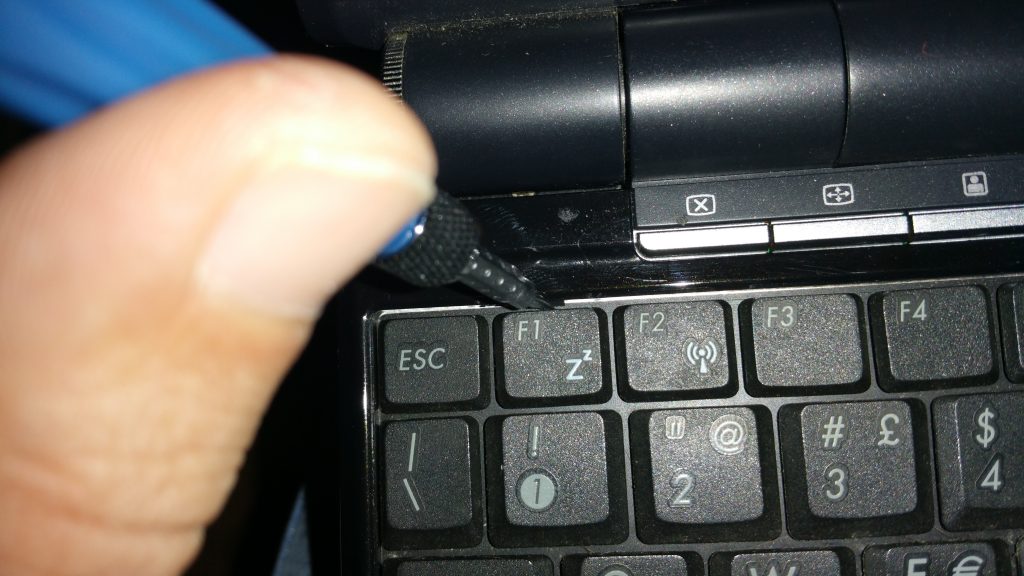 After detaching the top of the keyboard, pull gently the keyboard out from the upper side. The keyboard motherboard connector is near the trackpad. 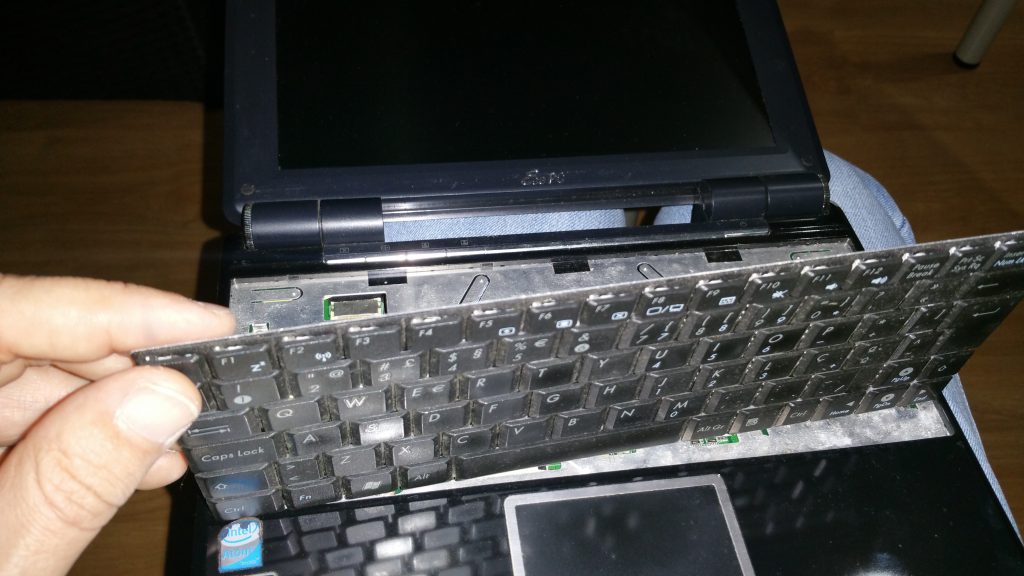 Now, gently remove the keyboard connector from the motherboard. After that you want to remove the old palm rest. 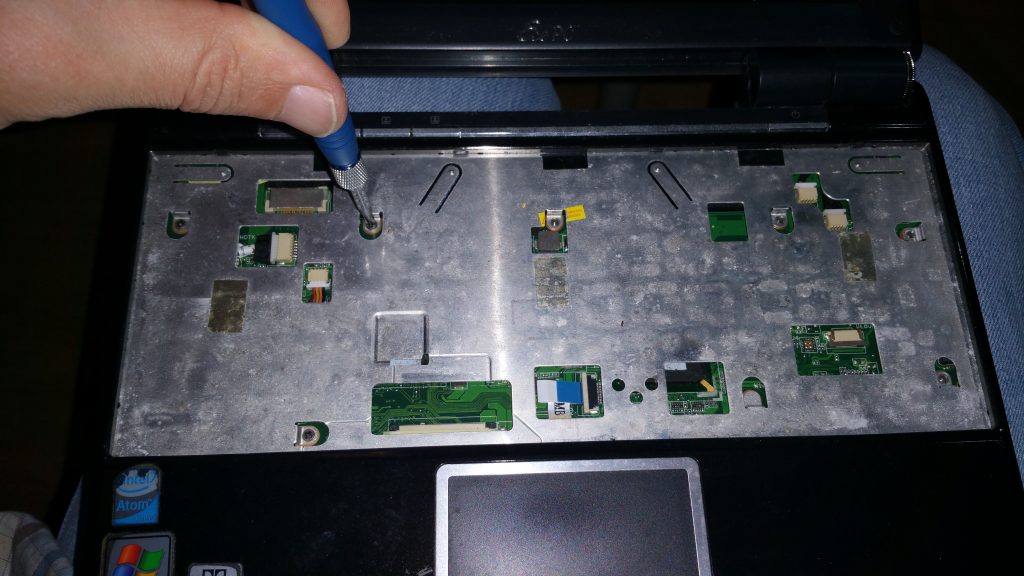 Remove all the 7 screws. After that, on the left corner you’ll have the LED’s and palm rest buttons connector, and the trackpad connector (above the trackpad, blue connector). Disconnect both of them and remove the palm rest. 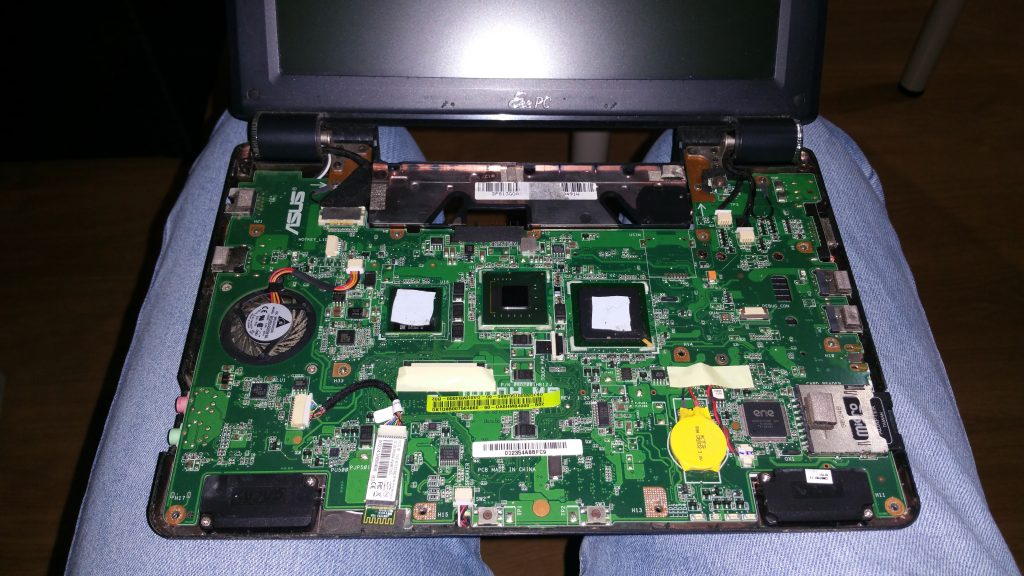 Half-way done! Here is a view of EEEPC’s Motherboard. Now connect both connectors of the new palm rest to the motherboard (you will need some patience… the cables are very fragile, do it with some love). After this part is done (probably the most difficult one), put back the 7 screws and connect the keyboard again to the motherboard (more easy than the trackpad), and push it back in. Screw back the 8 screws from the bottom, plus the 3 screws in the battery slot.

If all connectors were well plugged-in, you should have a full working 1000H!

Even without experience, you should not take more that 1 hour to do this. 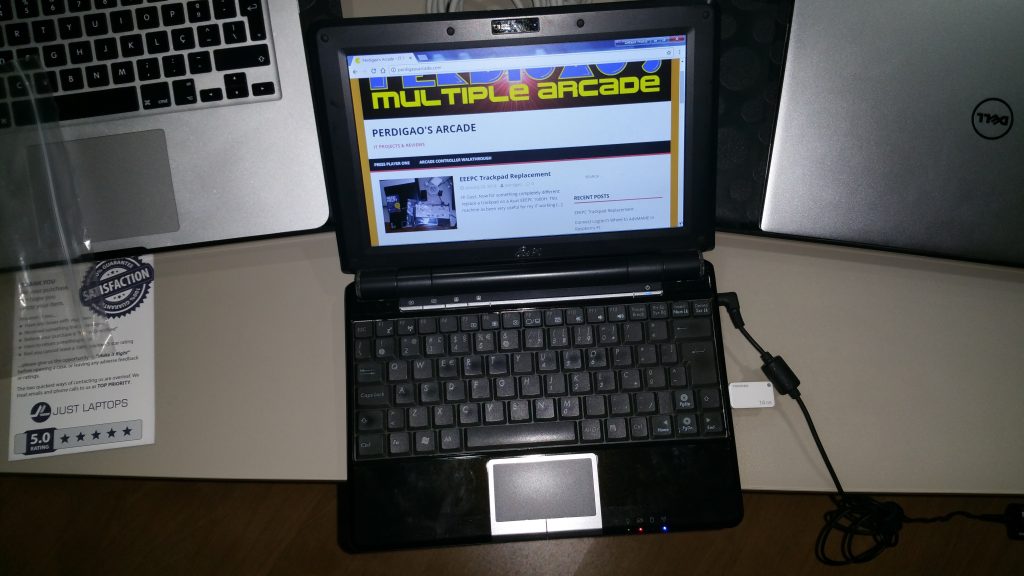 Now, to Windows 10 Pro 32 bit installation on this baby.

After after all Microsoft updates, the Windows 10 Pro runs acceptably on the 1000H – I recommend installing the Home version, that has less services running.